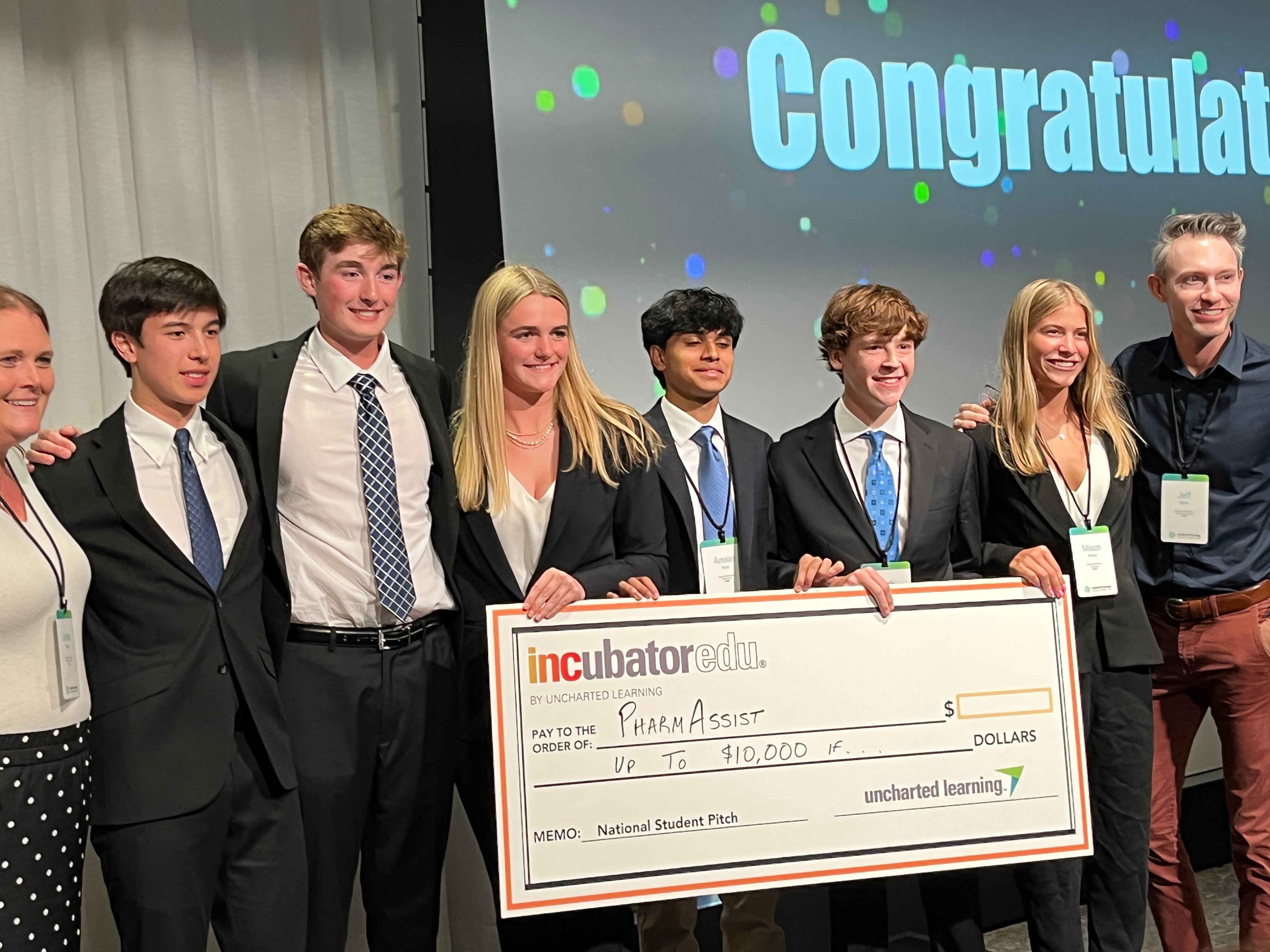 When Amaan Rumi’s business incubator team at Westlake High School came up with the idea to create an app that helps people manage medications and keeps track of things like conflicting drugs and patient allergies, he thought of his grandmother.

“The first thing I thought about was what happened to my grandma. The doctors gave her too much of a certain dose of medication and she was in bed for two days straight, she could barely move,” he said. “I thought that this would be a way to prevent people like my grandma from getting readmitted to the hospital, and just people in general, because I've seen it firsthand. It's actually a really big deal.”

The team of five spent the year putting together their business plan and won as part of the business incubator class. In May, they won $15,000 at the school’s pitch competition. Several months later in July, the team was selected to compete in a national competition and won that, too.