This article I wrote was published by Techniques in May 2019.  Following is an updated excerpt of that article about this ever-important topic.

Failure is perceived by most as a sign of weakness. But instead of thinking about it that way, consider how failure presents an opportunity to learn, pivot and ultimately build resilience. Through experiential learning programs like entrepreneurship education, students can develop a mindset where they become comfortable with the uncomfortable and learn adaptability, creative problem solving, communication, and teamwork along the way. 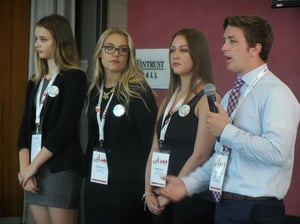 Entrepreneurship education can help students develop as lifelong learners— and learn through failure—in pursuit of career success. High school entrepreneurship education gives students the opportunity to learn by creating their own businesses. Along the way, students develop the real-life skills needed to overcome setbacks and failures. A proven curriculum guides students as they create a business, while allowing them to learn from failure along the way.

How Failure Leads to Success

This story is not unlike thousands of others entrepreneurs' experience all over the world.  Part of entrepreneurship, and part of life, is failing. It’s just part of the gig.  Rather than getting discouraged over a perceived failure, entrepreneurship education teaches students to adopt an entrepreneurial mindset, which encourages them to view failure as an opportunity to learn and pivot—which just may lead to greater success.

Failure to Success Stories of Students 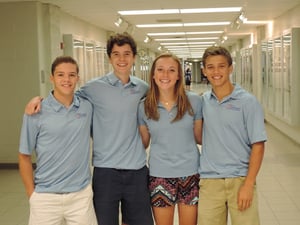 Funtastech — A high school student team from Barrington, IL, was challenged with identifying a problem they encountered personally. The team bonded over their frustration with their grandparents’ lack of technology skills and developed a business that offered mature adults a tutoring service to learn how to use their personal devices.

The idea was Funtastech, an exciting idea that seemed perfect at first, but the founders realized their initial marketing plan wouldn’t work during the minimum viable product (MVP) testing phase. The plan utilized social media advertising, which was ineffective as their prospective customers didn’t know how to use social media in the first place. They adjusted their approach and used traditional advertising in local magazines and flyers to find customers, instead. The students owned their choices, drove their learning, and ultimately found success.

Entrepreneurship fosters a process of creativity and discovery that incorporates failure and resolution throughout the journey. The process is fluid and allows for testing at each phase to encourage students to face and overcome obstacles with resolve at every step.

Tilt-Factor — Another student-run business from Illinois learned to pivot during the business MVP stage while test-marketing the viability of their business concept.

The team’s business identified a problem associated with the wasted liquid at the bottom of the large five- and 10-gallon water coolers used at sporting events. They wanted to develop a device that would drain the liquid in the cooler once the level fell below the spigot to avoid excess waste. Tilt-Factor conducted micro-experiments, including personal interviews and surveys, to test their assumptions.

Their research indicated that there was, indeed, demand for such a product in the marketplace and that potential customers would pay around $40 for something that met their needs. The cost to manufacture the initial prototype was more than $200. Rather than perceiving this as a permanent failure in their business plan, the team leveraged it as an opportunity to retool the product design to meet market demand.

They persevered to design a prototype stand that enabled the cooler to tilt forward and allow all fluid to drain through the spigot, thereby eliminating waste and meeting pricing demands. However, new setbacks occurred as their prototype failed to meet the needs of their target market during the MVP test phase. The first prototype was made from wood, and wasn’t weatherproof or stackable. The next prototype was metal but cost-prohibitive, and sharp edges caused injury.

Finally, a plastic prototype design met all requirements. “We never thought this business would fail," said Sara Hawe, a Tilt-Factor founding member. “We just knew we needed to keep working to develop a successful design.” 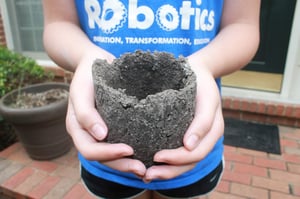 Grow Greenly — A team of high school students from the Academies of Loudoun — Academy of Engineering & Technology in Loudoun County, Virginia, shared a passion for the environment and envisioned an innovative biodegradable plant pot that contained organic material and fertilizer to replace plastic containers. During each phase of their entrepreneurship process, creative problem solving was key.

After months of testing various components of organic material to develop the plant pots, they faced a serious setback when the biodegradable pots failed transportation stability requirements. Rather than abandon their goal, they remained steadfast in their determination to find a ratio of organic material that would promote plant growth and be stable during transportation. Using creative problem solving, hard work, and resilience, the student team worked through all phases of the entrepreneurship program and succeeded in creating Grow Greenly LLC.

While Grow Greenly LLC learned the importance of teamwork throughout the entrepreneurship program, it did not end with their MVP experiment. The team faced another setback as they prepared for their first product launch and sale in November 2018. They spent three months preparing for the event and made approximately 200 plant pots by hand. Sadly, the team was informed the morning of the sale that the event had been canceled. They worked together to develop a different sales approach, selling the pots at farmers markets and nurseries. The team moved past the failed initial launch and created new market opportunities.

Are You Brave Enough to Let Your Students Fail?

Entrepreneurship provides a unique platform to teach students that success often requires failing first. Success can be defined in many ways, such as learning how to work as a team, building resilience, learning self-awareness or creating a viable business. By teaching students how to learn from failure, educators help students build the confidence and resiliency to realize their professional and personal goals.